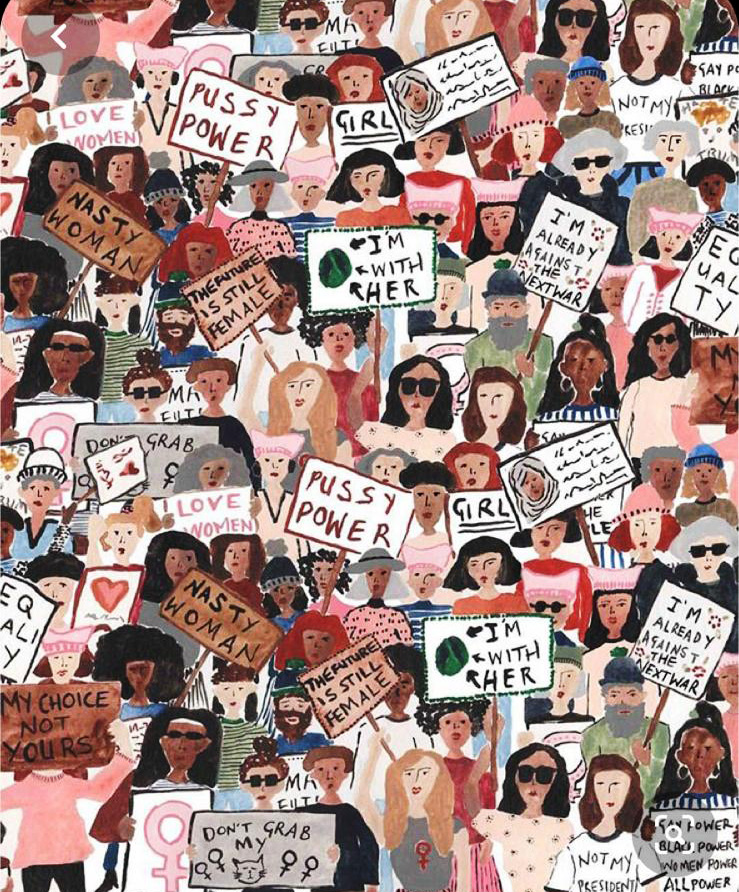 For as long as I can remember, I knew l wanted to work in the media industry. I had a strong passion for speaking to people and voicing the opinions of the unheard. And being a writer, and presenter on radio or TV seemed to be fitting to my aspirations. But to be frank, various jobs within radio, perhaps made me voiceless, as I have become weary of placing myself in such a male-dominated industry, where our beauty is heavily judged and objectified - therefore, writing behind a screen became more of an option.

A piece of advice that I was given when I started out in radio, was to “always be overly nice and always smile” as I will almost certainly need said individuals in the future, while my male colleagues were told to “be themselves”. Advice, that has been at the forefront of my mind for years now – and it is truly tiring.

Sexual harassment is the unsolicited behaviour of a sexual nature that violates your dignity, makes you feel degraded and creates a hostile environment.

Sexual assault is when an individual is persuaded or physically forced to engage against their will, or when a person touches an individual sexually without consent.

We often deal with or avoid these situations through laughter, which, is human instinct- a cognitive response that lowers levels of anxiety. And the act of politeness, which is often due to fear of a man’s negative/aggressive reaction to rejection.

Something that was poignant to me was a tweet by @ooreluwaaa__which read, “If you identify as a woman and you’ve HAD to laugh to de-escalate an awkward situation with a man, please RT.” This was retweeted over 242,000 times.

A few days ago, I was asked if I have ever been sexually harassed. My immediate reaction to this was to laugh at what seemed such a silly question. It then dawned on me that I could not think of any woman who has not been.

Certain situations women are positioned tactically, where we may be inclined to resort to this. Like; the workplace, when you’re waiting for your bus fully aware that the man across the road has been staring at you for the last 10 minutes, the arrangements of certain parties. For example, why are we entitled to free alcoholic drinks, but men have to pay?

If you identify as a woman, and you’ve HAD to laugh to de-escalate an awkward situation with a man, please RT.
Could be unwarranted attention, a creepy joke, any form of harassment. Please RT

Or in secondary school, when we laughed off the multiple times boys went around grabbing girls’ bums and vaginas. All circumstances that have made us immune to how much men think they can control our bodies and the normality behind it. We are we always made to feel that we owe men something and if we’re rude, we’re labelled as bitchy or met with aggression.

To me, stats are somewhat useless around this topic, as very few women actually answer honestly to surveys, and do not turn to the law, because when they do, they are often faced with rejection due to a lack of evidence/belief, or the societal judgements surrounding it, which speaks volumes in itself.

But in the report, ‘Still Just a Bit of Banter’,  it revealed more than half of UK women have experienced sexual harassment in the workplace ALONE.

One experience that redefined how I conduct myself in radio, was when I met an established DJ (he was significantly older). However, he began commenting on my breasts, assumed lack of intelligence and obsessing that I need to send him pictures.

I dismissed these advances, where I was met with abuse, stating I was “moving long”, I would never make it without him, and my work was sh*t anyway.  Prior to this, there were many tweets by artists condemning the sexual misconduct at Radar Radio, yet, he was still close friends to many of them. A hypocrisy, that further silenced my experience and aspirations in radio for a year and a half.

Every single woman I know has experienced some kind of sexual harassment in her life.

And when I decided to start up again and join a new station, I was met with the same behaviour from their presenter. Every instance, I laughed off.

I have always thought of myself as unapologetically dismissive towards men I am not interested in. Yet, I have realised that this mechanism, has helped me to not recognise certain situations as sexual harassment; therefore, I could avoid judgement in a very open industry, forget and push forward.

There are so many experiences I and so many women are yet to tackle within ourselves, but enough is enough, we should all be tired of allowing vile behaviour.

It won’t be easy, however, there will be a time where no woman is told to be ‘overly nice’ to succeed in life and we still have a lot of work to do before we reach equality. But as women, let us all acknowledge our retaliations and the assumed need to be polite to these advances, so we are no longer silenced on our experiences due to societies senseless normalities.

Let us begin our own, so we can use our voices to empower each other and the young girls looking up to us.