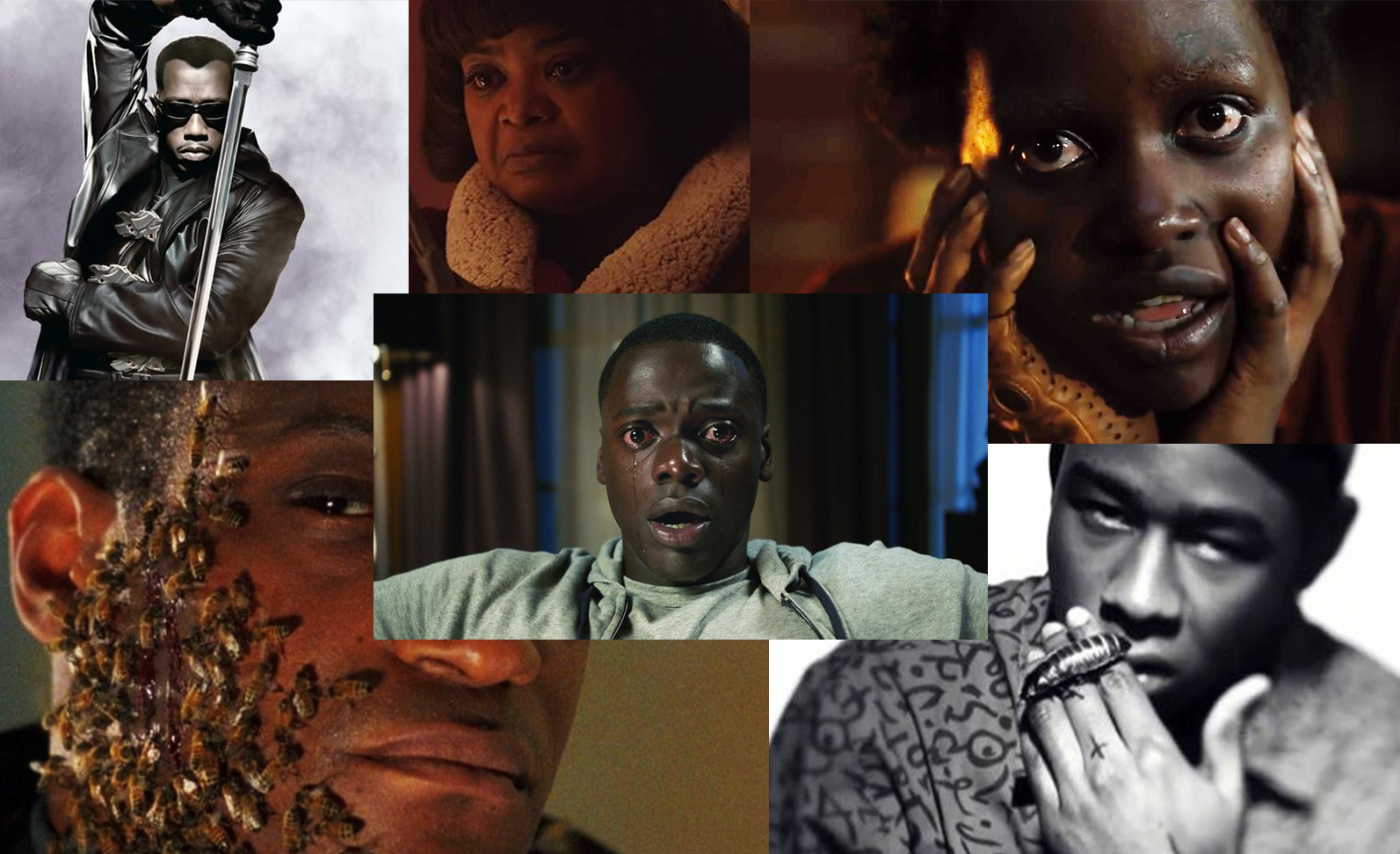 Get Out was a huge moment. It cut through the whole mainstream. Jordan Peele unapologetically rallied for the truth. For both of his films, he has rallied for the simple truth that can help to shatter things for the future.

Get Out and Us are horror films.

What Jordan Peele might be saying with his whole chest was… We’ve been horror fans. Since the inception of cinema, Black people have been drawn to horror. Tananarive Due cites the 1950s horror films as a catalyst for her career. She is one of the most compelling authors of our time. Her academic and creative contributions have carved out a space for us.

A space that’s still too small.

The power of horror is tangible in our culture. From Tyler the Creator eating a Cockroach, and Eminem donning a hockey mask in his early tours. To I Got Five On It’s Elm-streetesque riff. Snoop Dogg’s Murder was the Case. Big L’s conversation with the devil on a track. To Duane Jone’s legacy and his regality in Ganja and Hess.

We feel a spiritual connection to horror and it all came to another level with Get Out. Our spiritual connection is so strong because we feel weirdly calm when we watch horror movies. It oddly feels like an armchair. I’ve questioned this phenomenon and the reaction to films that are supposed to scare and disturb.

In Shudder’s documentary Horror Noire, based on Robin Means Coleman’s book of the same name and co-written by Ashlee Blackwell and Danielle Burrows, Mrs Due sums it all up in one, succinct and direct statement.

The novel and the documentary have energised and emblazoned my own practice and work but that single statement made everything I’ve felt since I was a kid make sense. Going into horror, is like going home, because there’s not a damn continent on this earth where we have not felt horror.
It’s almost a break. Someone else is getting it. But we still feel the same dread through the tropes that horror puts on us

For horror is not perfect. Tropes like “The Sacrificial Negro”, “The Spiritual Negro” or constantly being the villain or side kick with no fleshed out story. We can’t even get a break when we’re taking a break!

But we have always loved it.

It’s a safe space for us to deal with traumas and process things we are gaslit about in the real world. We live vicariously through our heroes because we have been robbed of our super-powers globally.

Through Rachel True’s Rochelle and through Ken Foree’s Peter.

Through Aaliyah’s Akasha and Lupita Nyong’o’s Adelaide and Red.

Years of cinematic greatness, fuelled by pain and invisibility give us hope for the future and continue to give us safe spaces to process and express trauma that the world has told us we should politely and quietly endure.

This week #RemiRecognitions dives into Amapaino, (Trap)Drill & Soul! 🥂🔥💃🏾
Pretty high on our list of things we LOVE to see 🥰
Remember when it felt like EVERYONE was watching The X Factor?? @leahhdaviss has gathered some of the most iconic moments from ‘The Golden Age’ in her new article. Hit the link in our bio for noughties nostalgia #TBT
We asked our favourite question and boyyy did @hibazizenia fill us in!! She introduced us to the superstar @ikeeyah founder of @penniestopoundspod 💰👑 Link in bio loves!! 💖💖 #WhosThatGirl
Happy Birthday to our bad gal bestie babe RIRIIIII 🥳🥳 You Da One that we dream about all daaaaay and long May you reign. Riri riddims only all day long 🤩🤩🤩
Lauryn Hill has made history becoming the first female rapper to have an album certified diamond 💎💎💎💎