Born in Yemen in the 1960s to parents from Barbados, June and Jennifer Gibbons, “The Silent Twins”, were two black identical twins, who relocated to the United Kingdom. Due to struggling with their new surroundings they found comfort in one another, pushing away the outside world by refusing to speak, even to other family members, and communicating to each other alone in their own ‘language’. This was said to be a result of their move to the UK and their encounter with bullying while here. An experience many immigrant children here can relate to. 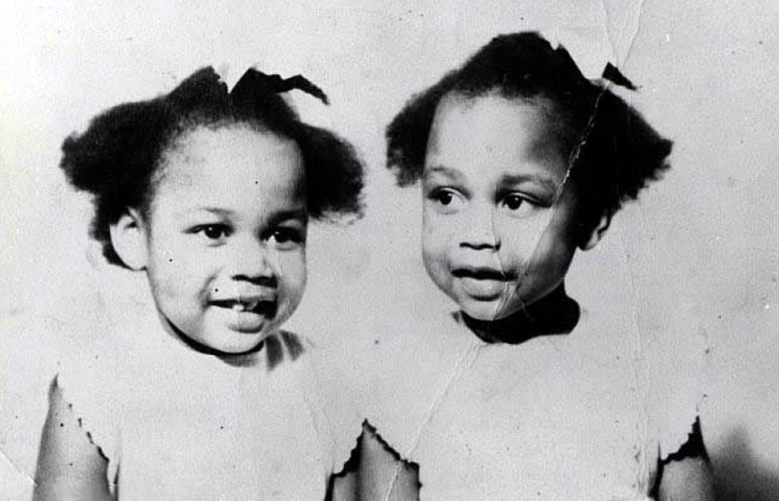 The girls refusal to communicate was not addressed until a doctor came to provide their school with Tuberculosis jabs. Their unfazed reaction to the jab prompted the doctor to contact a child psychiatrist to address their behaviour. By that point they were 13 years old. This led to the twins being separated. The only result was that the twin left at home stayed still, refused to eat and cried constantly. They continued, what journalist Marjorie Wallace (who knew them and wrote about them) called, a ‘sinister childhood game that got out of control’. This game included a great disdain for each other and a dark perspective of their relationship; in fact June Gibbons once wrote:

“Nobody suffers the way I do. Not with a sister. With a husband—yes. With a wife—yes. With a child—yes. But this sister of mine, a dark shadow robbing me of sunlight, is my one and only torment.” 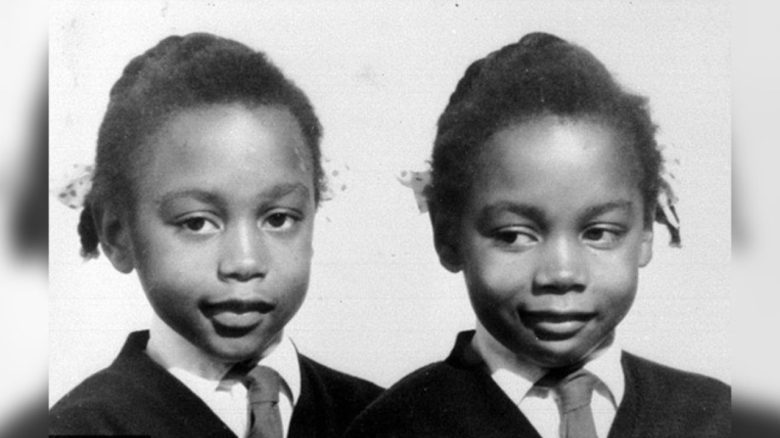 In early adulthood the twins turned to crime. This included a five-week bender of burglary, vandalism and arson which ended in them being apprehended while trying to set Pembrokeshire Technical College alight.

At 18 they were sentenced to an indefinite term at the UK’s high security psychiatric hospital, Broadmoor. A place known for housing patients such as Peter Sutcliffe, ‘The Yorkshire Ripper’. There they stayed as its youngest residents ever and were diagnosed with psychopathic personality disorder; a diagnosis not agreed with by Marjorie Wallace (who knew them well) and their school psychologists. They eventually came to the conclusion that once they left Broadmoor one of them must die so the other could be free to live their life. In fact doctors reported hearing them argue over which should go. Eerily, soon before their transfer to a lower security hospital Jennifer began to feel ill. She was monitored and considered fit to travel, but while being transferred on the bus she lay on June’s shoulder and was soon “sleeping with her eyes open”. Jennifer Gibbons died, mysteriously, of a sudden lethal heart inflammation called massive acute myocarditis at 29.

June Gibbons was eventually released, but now speaks, ending her vow of silence and lives a reclusive life.

Letitia Wright is set to play the twins in an upcoming movie named ‘The Silent Twins’.

There is much mystery and intrigue in their story. However, what remains unexplained is why many black British individuals fail to be correctly assessed for mental health issues. The percentage of BAME children in custody is at 50%, an increase from the 40% it was in 2016. A disappointing statistic considering ethnic minorities make up 14% of the population. To be black is to be criminalised by default; black men are stopped and searched on unprecedented levels, the race wage gap is not only under addressed but under evaluated. All of these things have an impact on the growth and mental health of young black children who grow up in a country that does not give them the space to have mental health issues despite the systematic racism many must face while growing up here. In fact the chair of the youth justice board, Keith Fraser stated:

If you start to look at the pinch points, the points where organisations get involved, we’re all making decisions about people’s lives. Do they understand they have overrepresentation? Can they explain it and if they can’t, what are they going to do about it?”

This remarks hit the nail on the head. BAME youths are over-represented in our criminal justice system and we are not investigating the why in enough detail.

The Ministry of Justice’s 2016 Review of the youth justice system in England and Wales found that of the over 40% of BAME youth in custody at the time, more than one third were diagnosed with a mental health problem. This does not include the number that fail to be assessed and correctly diagnosed. It shows that the UK does not consider the effect systematic racism has on Black youth, their mental health and its link to criminality.

The real crime in this story is that the UK’s justice system failed to get these sisters the help they needed when they needed it.

Amazing news from camp Stormzy 😍
Another one for The Book Shelf! This month @leahhdaviss invites us into the hedonistic world of telesales with Mateo Askaripour’s (@askmateo ) debut novel Black Buck 📞💰✊🏾
In a world that can often be unkind don’t forget to look after yourself ✨
ISSA WIFE!!
Michaela Coel being cast in the Black Panther sequel is the sunshine we NEED on this rainy Saturday morning!!! ☀️
Got a brand new upload on the blog coming from the desk of @wordsfromablackwoman