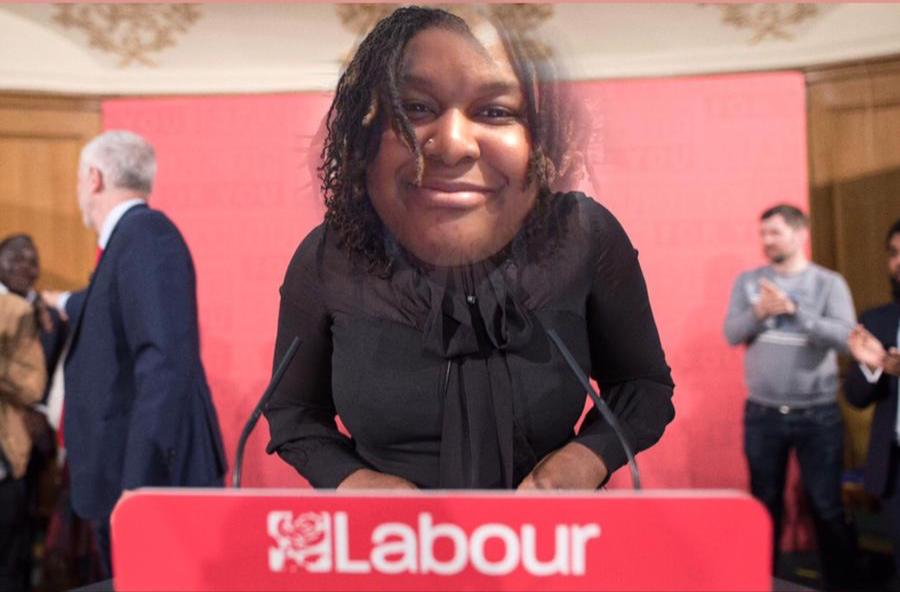 Well, we all had dreams growing up and Staff writer Remi Burgz' aspirations were a little different. Before you judge, let her explain...

For those of you who prefer listening than reading, I’ve narrated the article here.

So, before I landed myself in the music industry I was going down a totally different path in the working world. I honestly thought I’d be leading my borough to better day’s, more democracy, satisfying my constituents and throwing the greatest community fete’s.

Wow, I was the BIGGEST advocate for community. I wanted to be a politician after all.

While most gang members rep postcodes, I was repping for my borough. Growing up, I competed in anything that meant I could represent.
I competed in the Southwark Games, got into my local acting school Theatre Peckham, took part in residential’s across the UK, worked for one of the leading Charities in the UK to ensure other kids in Southwark got the opportunity to explore and broaden their horizons. Any opportunity to represent my area? SIGN ME UP.

I went canoeing in the beautiful rivers of Aberdovey, drank water from the top of the mountains and went walking in the woods in the middle of the night?

As scary as a lot of those activities were, I was grateful to leave the ends, see the world outside of different windows, tell everyone what I saw and then sign up to pitch for more funding for my youth club when I got back home so more kid’s could experience the same views.
Little did I know, building up on those long trips down the M4  to Wales was an aspiring politician, someone who wanted to represent their area in the highest possible way. I went on to study Politics at A Level & continued at University with a joint honours in Sociology & Politics. I really thought becoming a politician was the best way I could serve the place I grew up.

Boy was I mistaken, whilst my interest in Politics waned years ago, recent events have made me see that this venture, this career? It really isn’t for me and I am glad I dodged that deceptive bullet.
Take a look at Marcus Rashford, the 22 year old Man United footballer fronted a heartfelt campaign, which essentially FORCED the Government to FIND money and do a U-turn on their initial refusal to provide food vouchers to families in need during the summer holiday’s. How can I work for a Government who think that leaving kids go hungry is an option?

If we dip into the “History of Remi” for a second I can tell you that learning about Politics in a classroom and learning about actual Politics, in the real world? Those are two very different things. Whilst my teachers were telling me how serious and important parliament is,  I was seeing some embarrassing video’s of MP’s heckling and making jest of each other in the same very house! This is where BIG BIG laws are made you know??

I battle with that lie and the price increase didn’t even affect me. I didn’t even vote for that wayward party but I STILL felt it. How can someone lie like that, do they not have shame?

I salute the GOOD politicians out there because imagine having to work with the likes of Boris Johnson.  A man who truly believes he is leading the country successfully during the COVID-19 pandemic? A man who’s initial speech about the virus included that we should prepare to “lose loved ones before their time”…

A man who coined the Corona Virus “the worst public health crisis for a generation” but took his time to attempt to limit the spread of the disease. He was very reluctant to close schools, ban sporting events or do anything really. Imagine having to work with a guy who counts 312,654 cases & 43,370 deaths as a success?

Sigh! Furthermore, the party I hold very dear to my heart, Labour – recently elected a new leader, Keir Starmer. I’ll forever be #TeamCorbyn however I was willing to learn and find my similarities with Mr Starmer until he recently released a statement calling the Black Lives Matter (BLM) Movement ask to defund the police “nonsense.”

Not only did he fail to even try to understand the meaning behind the current demands to defund the police and reallocate much needed funds back into the very communities that so desperately need investment, the biggest and most pressing question is WHO the hell made this man the spokesperson for BLM ???

Labour leader Sir Keir Starmer tells #BBCBreakfast it’s "a shame" the sentiment behind the Black Lives Matter movement is getting “tangled up with these organisational issues" and it’s "nonsense" to call to ‘Defund the Police’. pic.twitter.com/7ydITWGZWN

So, Labour is out and we are stuck with 4 more years of this guy…

Who might I ask, is a young, black person supposed to vote for in 2024? Because I my friends, dropped out of the election race before it even began…